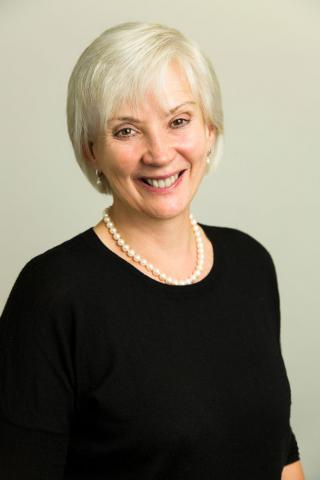 I’ve been in technology for a long time, starting as a junior programmer back in the late seventies. An old boss of mine asked if I fancied being a programmer and I remember my response was, “what do they do and does it pay well?”  As it turned out, it did pay well and I’ve been in the industry ever since.

I’ve taken the fairly traditional path, moving from programming to business analyst and from there to project and program manager.  I’m definitely a better project manager than programmer.

As a woman, I’ve never felt discriminated against in my career. However, I do believe that women generally under-sell themselves and their abilities. Typically, a woman will look at a position description and only apply for a role if she can do 100% of it, whereas a man is far more likely to ‘just give it a crack’. I strongly advise younger women to always have a go and never wait for someone else to recognise your value.

I also think it’s very important to have a mentor - regardless of gender. A mentor/mentee relationship is all about trust and being able to talk to each other. Having someone who you know won’t judge you, to bounce ideas off and ask for advice is a great thing.  I do think that for younger females progressing in the workplace, a strong female role model who can recount experiences they may have had is useful.

EnergyAustralia has a Women’s Network in place, which is great.  We also have a number of senior women leading our organisation which demonstrates to our younger female employees that gender is no barrier.

In terms of the industry, I have seen a lot of changes since my early days. Today people are far more tech savvy, with a greater understanding of technology from a very young age.  I also think we generally embrace change so much more quickly today, simply because we have to.

I am really enjoying my current role. I love the challenge of running a large portfolio of work involving multiple initiatives with multiple project managers.  Just when you think everything is running smoothly, something unexpected crops up and you have to work out how to respond.

I think the way our business is transforming provides a great opportunity to drive change and make things happen.  I can see things changing all the time which makes this an engaging and exciting place to work.