Since the launch of our carbon neutral program in 2016, 350,000 residential customers have chosen to make a positive impact on our environment by opting in to Go Neutral for their home electricity or gas, or both.

Together we've been able to offset more than 2.8 million tonnes of carbon emissions since 2016 – that’s the equivalent of taking around 870,000 cars off the road for one year.*

Your decision to take part in Go Neutral (at no extra cost to you) helps us to support climate action projects that offset your carbon emissions and benefit communities around the world.

We buy carbon offset units from climate action projects that reduce or remove carbon emissions to offset the impact of your energy use. These offset units are eligible according to the Climate Active Carbon Neutral Standard (formerly the National Carbon Offset Standard).

Located on the island of Java in Indonesia, the Wayang Windu Phase II project taps into Indonesia’s geothermal resources to generate power for the local Jawa-Madura-Bali (JAMALI) grid, avoiding greenhouse gas emissions associated with electricity generation from fossil fuels. This project supports Indonesia’s transition to renewable energy and helps improve infrastructure and the local community with jobs and education opportunities.

These are grid-connected renewable energy projects at wind farms across India aimed at helping to reduce carbon emissions. They make up the largest proportion of contributions to our Go Neutral carbon offsetting program.

The Santa Rosa Centre for Solid Waste Treatment – also known as CTR Rio – is a landfill site near Rio de Janeiro. Receiving all sorts of waste, including plastics, metals, batteries and biomass, CTR Rio was, like many landfills in Brazil, hazardous and unsanitary. Now, CTR Rio has been restructured to convert the enormous amounts of methane – a very potent greenhouse gas created by the landfill - to carbon dioxide, which is less severe for the environment. Long term, the goal is to convert the methane into energy. Through CTR Rio, safety and environmental problems usually linked to waste management in Brazil have been reduced and there have also been local social and economic benefits. Read more.

This initiative avoids emissions by helping to prevent large bushfires. Managing fires early in the dry season in Arnhem Land reduces the risk and extent of high intensity wildfires. Through knowledge being passed down, the connection between Aboriginal communities and their land is strengthened, and biodiversity is protected. Read more.

This project reduces emissions by removing carbon dioxide when allowing native forests to regrow. The Urisino project focused on an area in far west New South Wales which was overgrazed by feral goats and sheep, with mulga (Acacia) and other native flora species in decline. With high rainfall and the removal of grazing animals, the area has successfully regenerated back to its natural state and is drawing carbon from the atmosphere.

If you're using energy derived from fossil fuels, this is releasing carbon into the atmosphere.

To reduce the environmental impact of your carbon emissions, we purchase certificates that fund projects that remove or cancel the equivalent amount of greenhouse gases i.e. 'offset' emissions.

The resulting ‘net’ level of those emissions is zero – which is great for the environment!

Remind me how it works

When you made the decision to opt in, we buy enough carbon offset units to fully offset the carbon emissions associated with your home’s energy use - electricity or gas, or both - at no extra cost to you. It’s an easy, cost free way for you to get involved and make a difference to the environment.

During September 2018, we offset all the carbon emissions at the MCG precinct, as part of our partnership with the iconic home of sport. Offsetting carbon emissions during the month was the equivalent of planting (and maintaining) 100,0001 trees or taking 50,0002 cars off the road for the year.

1 Based on 5 trees to sequester one tonne of Co2: https://www.treesforlife.org.au/carbon/carbon-facts

2 Car numbers based on average cars emitting 4.6 tonnes of carbon each per year: https://www.epa.gov 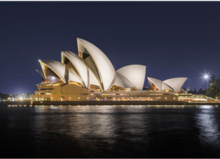