EnergyAustralia, one of Australia’s leading energy retailers, today announced a study to assess the viability of converting part of its coal-fired power station at Lithgow in New South Wales, to run on non-recyclable household materials, commonly referred to as “refuse-derived fuel” or RDF.

The RDF energy recovery project is a joint initiative of EnergyAustralia and recovery and recycling management company Re.Group. The potential development involves installing a purpose-built boiler at the Mt Piper power station fuelled by every-day materials, such as discarded plastics, linen and non-recyclable paper, that would otherwise go to landfill.

The proposed $60 million project would have capacity to generate around 13 megawatts of cleaner and reliable, base-load energy, enough to power around 22,000 average Australian homes.

EnergyAustralia Executive – Energy, Mark Collette said while RDF technology is used to generate electricity for homes in the United States and Europe, the Mt Piper project would be the first of its kind in Australia.

“This kind of energy recovery project has the potential to generate more electricity at the Mount Piper power station while using the same amount of coal,” Mr Collette said.

“Owning big power plants comes with the responsibility of leading the development of cleaner forms of energy. Mt Piper is already one of the most reliable and efficient plants of its kind in New South Wales; we hope this project will help deliver even better environmental performance.”

Mr Collette said the project would involve transporting around 100,000 tonnes a year of RDF from recycling facilities in Sydney. Installing a new boiler based on proven international technology and constructing a loading dock at the power plant would generate around 120 local jobs and around 15 ongoing operational roles.

Re.Group Managing Director, David Singh said more than 6 million tonnes of discarded household materials is sent to landfill in NSW each year, and a portion of this is suitable for converting into energy.

The feasibility study will also look at the potential for staged development and adding additional units.

Mr Collette said that the study would identify project benefits and assess potential impacts to the local community and the environment so that, if the initiative proceeds, these impacts can be managed or avoided entirely.

The feasibility study, design work and planning applications will likely take the next 12 months. A decision whether to proceed with the project will be taken in 2018, with first power scheduled for 2019. 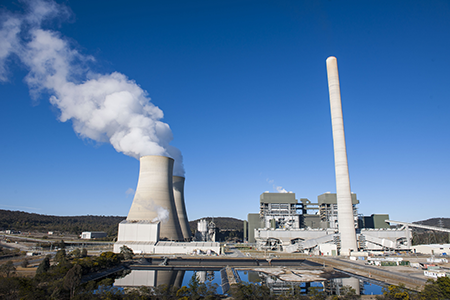