EnergyAustralia, one of Australia’s leading energy retailers, has been recognised as the Most Improved Organisation at the annual Australian LGBTI Inclusion Awards in Sydney.

EnergyAustralia, which increased its Australian Workplace Equality Index (AWEI) score by over 400% in just one year, was also awarded AWEI ‘Bronze’ status and recognised as one of the country’s employers of choice for lesbian, gay, bisexual, transgender and intersex (LGBTI) employees and their allies.

Anne Weatherston, EnergyAustralia Chief Transformation Officer and Executive Sponsor of the energy retailer’s LGBTI network, known as Prism, said the award reflected how employees had made a conscious decision to build an inclusive workplace culture.

“Extremely proud – that’s how I feel working for an organisation that encourages people to bring their whole selves to work,” Ms Weatherston said.

“Since launching the Prism network in 2016 our people, from the ground up, have worked extremely hard to make EnergyAustralia not just a great place to work, but one that celebrates diversity and inclusion and shines a bright light on how beautiful, varied, and multi-faceted we are.

“Awards are great – but the real reason we put such effort into Prism is because it’s the right thing to do. Having said that, the AWEI is regarded as the definitive national benchmark on LGBTI workplace inclusion and that makes this particular award very special.”

“Inclusive organisations are around three times more likely to be high performing, are five times more agile and have 31 per cent higher customer service levels than other organisations,” Ms Weatherston said.

“As an energy retailer we serve 1.7 million customers across south eastern Australia; we find that when our workforce better reflects the community we’re better at delivering the products and services our customers want and need.”

Around 20 per cent of EnergyAustralia’s workforce has joined the Prism network since it was launched in 2016. 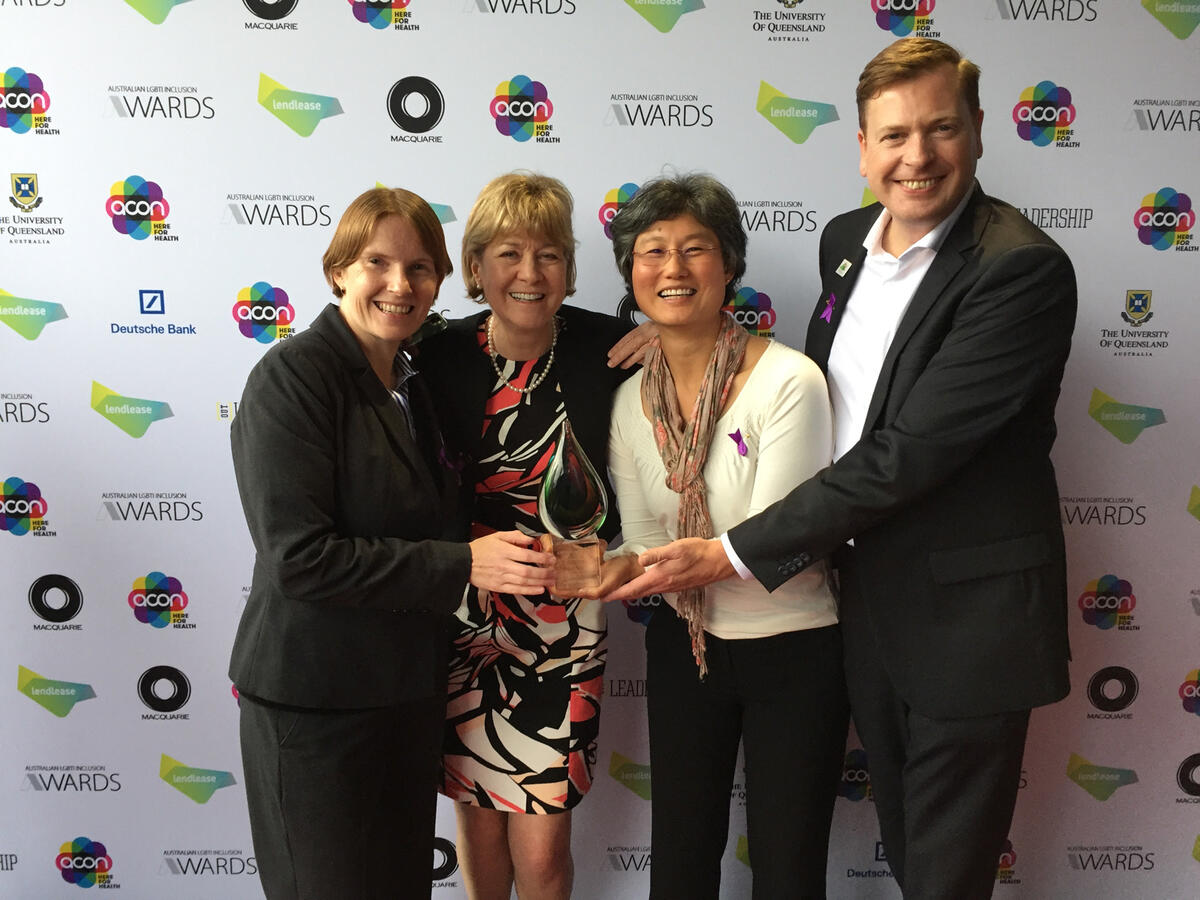